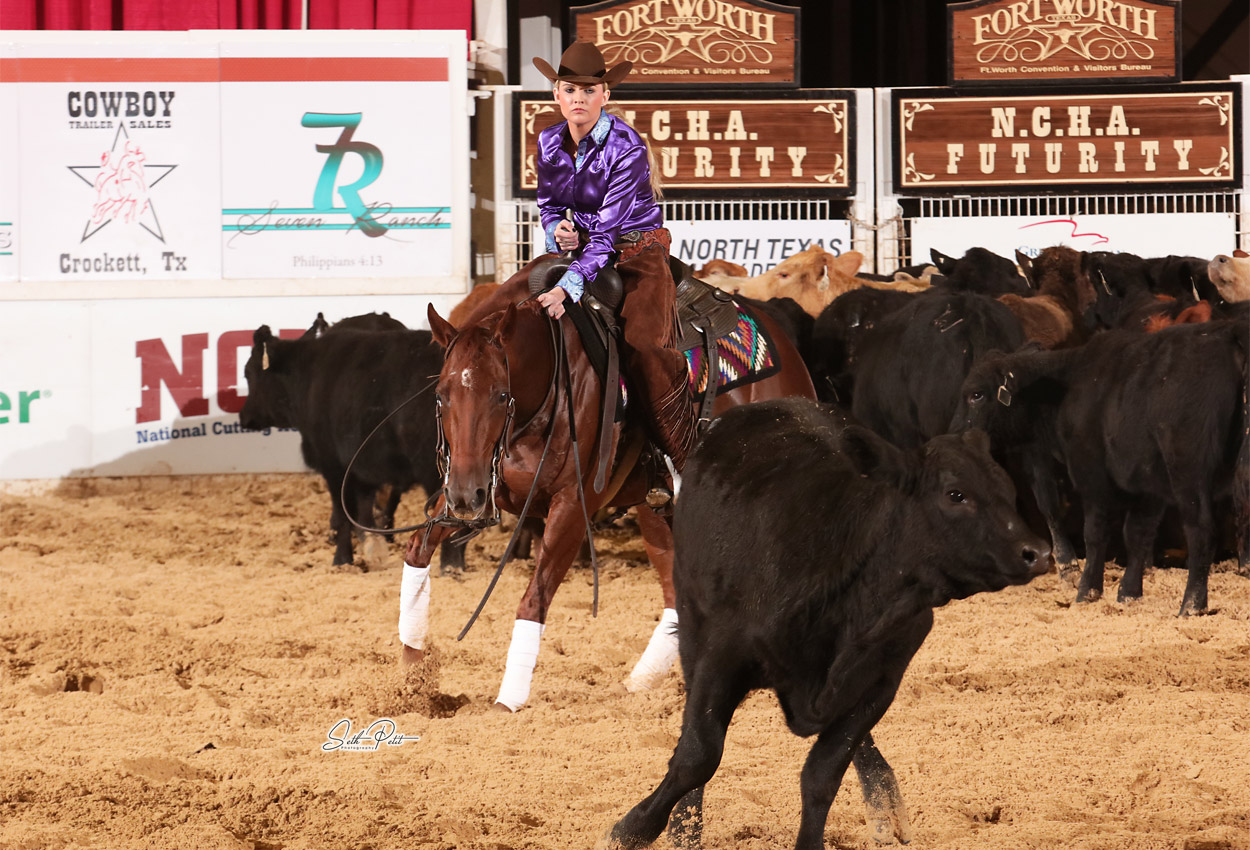 When Kristen Galyean and Coureygous laid down a sizzling 222 from the second hole in the National Cutting Horse Association (NCHA) Futurity Non-Pro finals on Friday night, it was a dubious proposition anyone would catch her.

That is until Brandon Westfall stepped into the arena on the second of his two horses, I Reckon So.

Galyean was beaming afterward, saying the new buckle would be one of her favorites. Welsey Galyean, Kristen’s husband, an Equi-Stat Elite $4 million rider, was beside himself with excitement for his wife’s accomplishment.

Welsey Galyean said they picked out Coureygous — bred by Cross Timbers Cutting Horses of Claremore, Oklahoma — as a weanling, liking her build and stopping power. She has spent her entire life in the Galyean program, being ridden by Wesley until Kristen took the reins at the beginning of the NCHA Futurity.

Kristen Galyean gained confidence throughout the rounds, making smart cuts with the help of her husband in her corner. When it came time to compete in the finals, the mare was primed and ready.

Coureygous is aptly named, earning the barn name “Warhorse” for her courage and desire to succeed in the cutting pen.