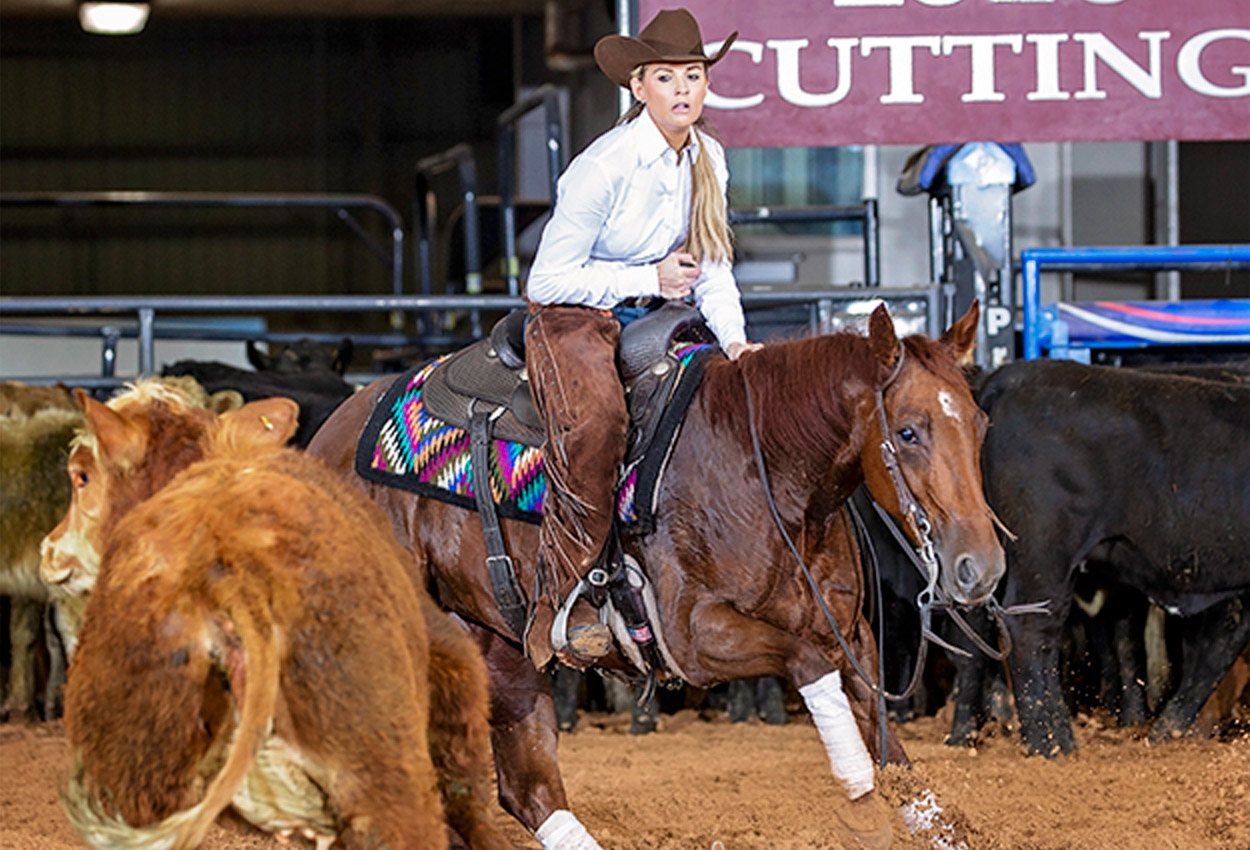 Coureygeous’ Prodigious Start Getting Contagious with Hits at The Bonanza

Sired by Equi-Stat Elite $45 million sire Dual Rey, Coureygous is steadily adding to her ledger with victories now at two shows, and currently boasting lifetime earnings of more than $77,000.

“With Coureygous we’ve kind of just let her rest and regroup after the Futurity, make sure her body is feeling good and getting her a little fat and this [was] her first show back,” said rider Kristen Galyean. “For her to come make the finals in [the non-pro and open] … I don’t think she marked below a [2]18 at this show I’m just super proud of her.

“She loves her job. She takes it real serious and I feel like every time I go down there she takes more and more ownership of it. She enjoys it, that’s what makes her so consistent.”

Pulling double duty, Coureygous, who is out of Highbrow Supercat (by High Brow Cat), also competed in the 4-Year-Old Open class with Galyean’s husband Wesley. The pair tied for fourth, scoring a 220.

“She handled some really tough cows here. Neither [of the Galyeans] got good cows cut in the finals, but we made the best of it. It was tough down there, but she did her job and handled it,” Kristen Galyean said.

Next up, Wesley Galyean will be taking the mare to The Arbuckle Mountain Futurity in Ardmore, Oklahoma.

“We’ll just let her kinda tell us how she’s feeling and we’ll make a day-by-day decision on her,” Kristen Galyean said. “The most important thing is to keep her feeling good and enjoying her job.”