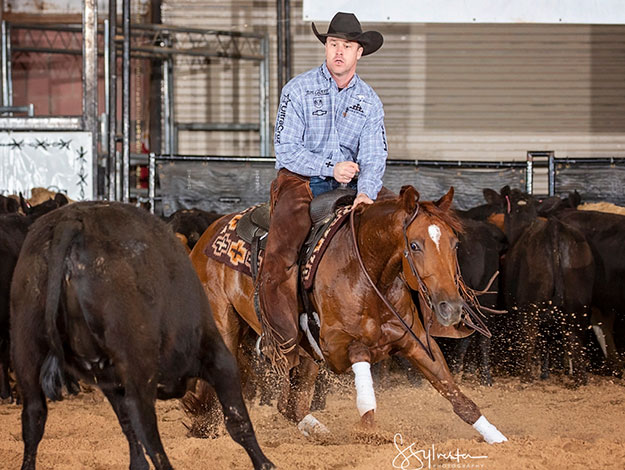 Bugattii, owned and bred by SMF Cutting Horses LLC, Aspen, Colorado and shown by Wesley Galyean, claimed the reserve championship and $193,572 with 223 points, and earned an additional $25,463 as Champion Open Gelding. One of seven, out of the 23 Open finalists, sired by Metallic Cat, Bugattii is also the first money earner out of Button Down Supercat LTE $285,048, by Dual Rey. Button Down Supercat’s dam, Highbrow Super Cat LTE $366,230, is a leading producer of earners of 23 earners of over $1.5 million. Bugatti’s three-quarter sister Pearl Snap, sired by Metallic Rebel and consigned by Wes and Kristen Galyean, was the high-selling yearling filly, at $145,000 to Circle Y Ranch, earlier in the week, during The Evening Session of the 2020 NCHA Futurity Sales.